Whoever confesses that Jesus is the Son of God, God abides in him, and he in God. 1 John 4:15

About two years ago, my word for the year morphed into a two word combo of abide and remain. I have felt drawn to those words everytime I see them in scripture. It has been difficult for me to make sense of their importance so it has created this situation of recording the scripture I read and appreciating them. But today, something changed.

About two weeks ago, I was using scissors to cut open packages of new collars for my dogs and when I was finished I put the collars on the boys and noticed blood just everywhere. For the amount I saw, you would think that I would have had some pain but I didn’t even feel it…yet. I washed it and bandaged it and it was a pretty deep cut on one of my knuckles. A few hours later, I scraped the very next knuckle off of something. My injuries have been so painful and they prevented my normal activity (like doing dishes🤔) because everything burned upon contact. Then, this morning, I marveled at the continued pain as I bent the finger I had cut and my skin stretched and pulled. In that moment, the Lord taught me a lesson. I began to think about how disobedience and sin doesn’t seem to hurt at first. As the Holy Spirit reveals situations and behaviors, things can get very painful but it is the healing process. I recognized times in my life when I knew I was healing and it was still painful to my heart and soul. I am amazed at how God created us…the pulling and stretching to eventual healing and wholeness can be an extremely slow and painful process but He knows exactly what He is doing. I looked at the other knuckle and noted that it was basically healed already. I can still see where the scrape was but the cut went deeper. Isn’t that how it is sometimes? I wonder why some of my mistakes bother me more than others. But, I think those were times that those mistakes cut to the core…cut so deep that it revealed my character and those are so much more painful as they heal. It seems they have to heal from the most inner part first… we have to get right with God for the process to start and just when you think He is done, He continues on to the next layer then the next. God doesn’t stop until it is complete. My analogy went further with how we can inhibit healing and there was a brief thought about a scab but I am sparing readers of that. It just brought about the thought that I have found that it takes some work on my part for proper healing. I have to be obedient to the Lord’s leading. He has led me to sometimes do absolutely nothing…be still…remain in Him…abide. Other times have been the darkest soul searching moments where my fears were realized and He called me out of my safety zone. The word safe actually bothers me now because if I play things safe, I can’t ever get hurt and it is through being hurt that I experience healing and get closer to God. I am choosing to stay close to Him whatever that looks like. Abide. Remain.

He who dwells in the shelter of the Most High will abide in the shadow of the Almighty. I will say to the Lord, “My refuge and my fortress, my God, in whom I trust.” Psalm 91:1-2 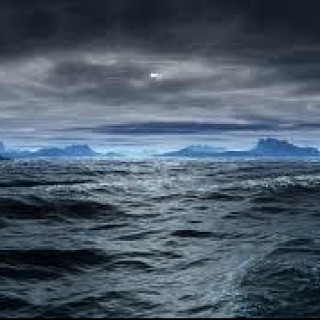